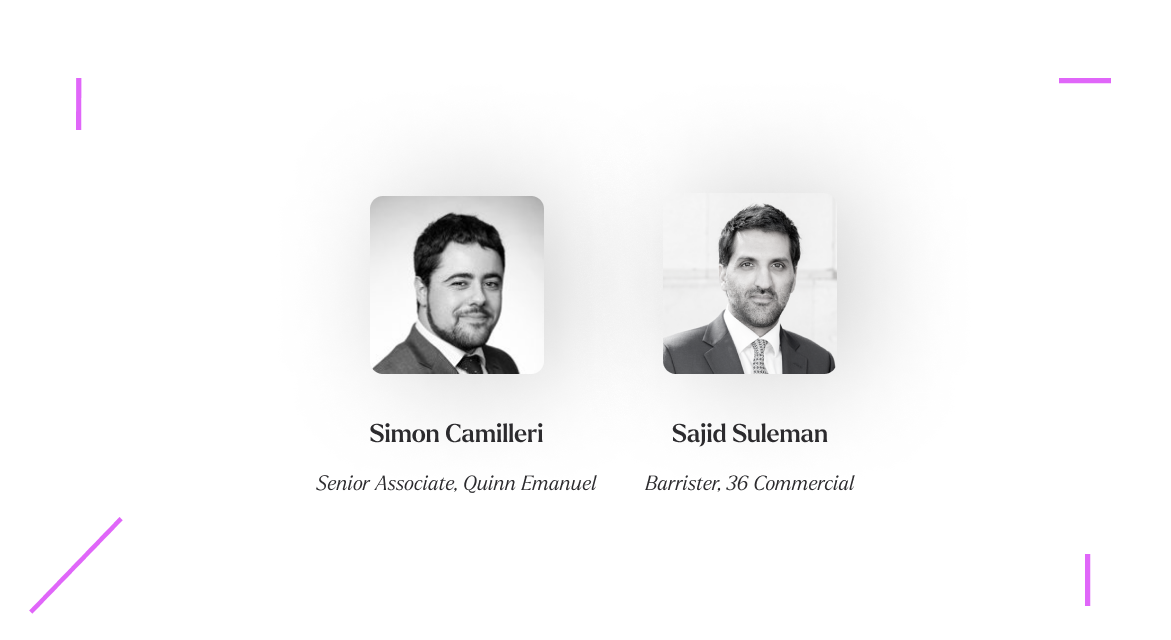 Intra-EU anti-suit injunctions are prohibited under the Recast Brussels Regulation. Up until 31 December 2020, the position under English law was clear: English courts could not grant an anti-suit injunction, whether in support of court or arbitration proceedings, if another EU Member State was first seized of the dispute. The reason for this was also clear: the EU’s private international law regime is based on mutual trust; the English courts were expected to trust the courts of other EU Member States to rule on their own jurisdiction without interference (whether direct or indirect) from the English courts.

As the UK left the EU at the end of 2020, this has revived the issue of anti-suit injunctions in the English courts on disputes which are before EU Member State courts.

Are the English courts still bound by West Tankers after Brexit?

This is a question the English courts have not yet had the opportunity to address.

After Brexit, most EU law is retained as domestic English law. Section 3 of the European Union (Withdrawal) Act 2018 provides that direct EU legislation, so far as operative immediately before exit day, forms part of domestic law on and after exit day. Section 6(7) of the EUWA 2018 states that retained EU law includes retained EU case law which relate to, inter alia, direct EU legislation which is retained under section 3.

What remains now is the English High Court judgment in Nori Holding, which is persuasive but not binding. There are at least three good reasons why the English courts may now depart from Nori Holdings:

This leads to the very real possibility that anti-suit injunctions, especially if proceedings are issued in an EU Member State in breach of an exclusively English jurisdiction clause, are now back. The full implications of this are yet to be tested in the English courts.

Moving forward, however, it is possible that diverging approaches will develop as between anti-suit injunctions issued in support of court (particularly English Court) proceedings and arbitration proceedings. There are several reasons for this, and a detailed discussion of them falls outside the scope of this short article. In brief, however, whereas anti-suit injunctions issued in support of English Court proceedings were considered to be directly contrary to the principles of mutual trust central to the European conflicts regime, anti-suit injunctions were considered to be indirectly contrary to those principles, given the unhelpfully vague exception for ‘arbitration’ contained in Brussels I. Where English Court proceedings are concerned, there may still be some reluctance to issue anti-suit injunctions, particularly given the United Kingdom’s ongoing attempts to sign up to Lugano II which, at least in part, bases itself on the principles of mutual trust inherent in the lis alibi pendens rules, among others.

Where arbitration proceedings are concerned, the ‘indirect’ influence of mutual trust may well take a backseat, viewed against the principle of consent that underlies arbitration as a dispute resolution process. In other words, pacta sunt servanda may come to the fore. In English proceedings, this principle is particularly prominent. By way of example, in his judgment in Ust-Kamenogorsk Hydropower Plant JSC v AES Ust-Kamenogorsk Hydropower Plant LLP [2013] UKSC 35, Lord Mance explained that “[a] party seeking relief within the scope of the arbitration agreement undertakes to do so in arbitration in whatever forum is prescribed. The (often silent) concomitant is that neither party will seek such relief in any other forum”. The relatively robust treatment of the commitments a party enters into by way of an arbitration agreement means that, as a matter of English law, the Court is empowered to enforce the negative aspect of the arbitration agreement by way of an anti-suit injunction even in circumstances where the applicant does not intend (or even want) to commence arbitration proceedings (see Lord Mance’s judgment, at [21] to [22]).

In addition to the robust treatment of arbitration agreements in English law, the Arbitration Act 1996 is one of the few (if not the only) English statutes that contains a ‘mission statement’ (for want of a better term) in section 1. This provides, inter alia, that “in matters governed by [Part 1 of the Arbitration Act 1996] the court should not intervene except as provided by [Part 1]”. It is arguable that this negative duty impliedly contains a concomitant positive duty on the Court to assist arbitration proceedings where it can do so, and consistent with Part 1 of the 1996 Act.

Where the negative aspect of the arbitration agreement is concerned, it is not difficult to see how a positive duty arises by which the English Court may feel compelled to assist a party to an arbitration agreement protect that agreement by way of the anti-suit injunction. Where arbitration proceedings are contemplated or on foot, this positive duty is directly engaged by virtue of the fact that section 44 of the Arbitration Act 1996, under which the power to issue an anti-suit injunction arises, is contained within Part 1 of the Arbitration Act 1996. Where no such proceedings are contemplated or on foot, section 37 of the Senior Courts Act 1981 is engaged instead. Although the positive duty does not apply directly, it may well guide the Court’s power to issue the anti-suit injunction where it considers it “just and convenient to do so”.

If, however, there remains any reluctance to issue an anti-suit injunction restraining proceedings brought before the court of an EU Member State, no such controversy arises in circumstances where the injunction is issued by the arbitral tribunal itself. This is the consequence of the CJEU’s decision in Case C-556/13 “Gazprom” OAO v Lietuvos Respublika, which will continue to guide (and to bind) Member State courts faced with anti-suit awards issued by arbitral tribunals. The one downside to relying on this jurisdiction is the need to constitute a tribunal and to seek relief therefrom in circumstances where the applicant may have no wish to pursue arbitral proceedings at all (as opposed to simply preventing their counterparty from pursuing proceedings in a forum other than that agreed by the parties).

There has been a great deal of confusion over what constitutes “retained EU law” following Brexit, and with that, there is uncertainty on the position of anti-suit injunctions in support of English court proceedings. A careful analysis of the EUWA 2018 and related regulations does indicate that strictly speaking, anti-suit injunctions are no longer prohibited. The position going forward, however, is unlikely to be straightforward. Diverging approaches may develop, and practitioners and parties alike will keenly watch how arbitral tribunals and courts approach this in the future.

Simon Camilleri is a Senior Associate at Quinn Emanuel Urquhart & Sullivan UK LLP. He has a diverse practice, with a particular focus on international commercial arbitration.

Sajid Suleman is a barrister in London specializing in international arbitration and commercial litigation.

Disclaimer: The views and opinions expressed in this article are those of the authors and do not necessarily reflect the official policy or position of the firm. 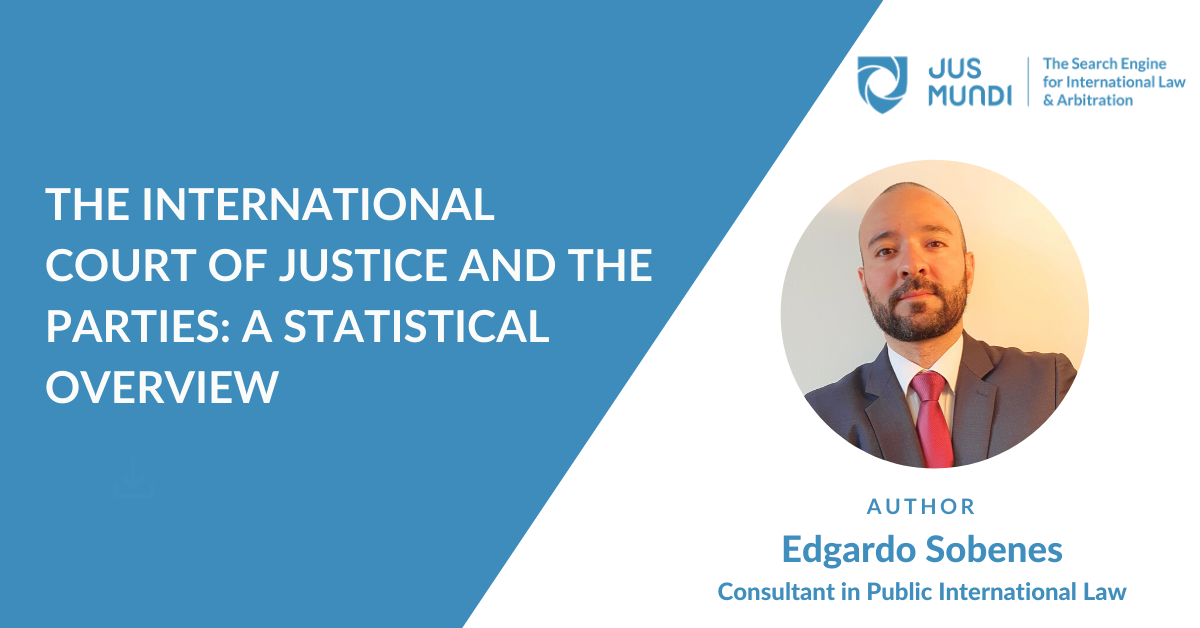 The International Court of Justice and the Parties: A Statistical Overview by Edgardo Sobenes 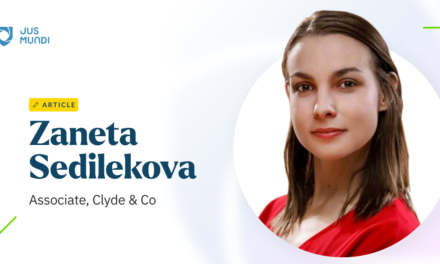 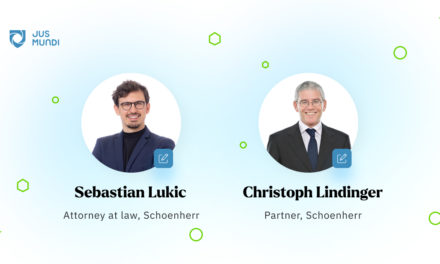