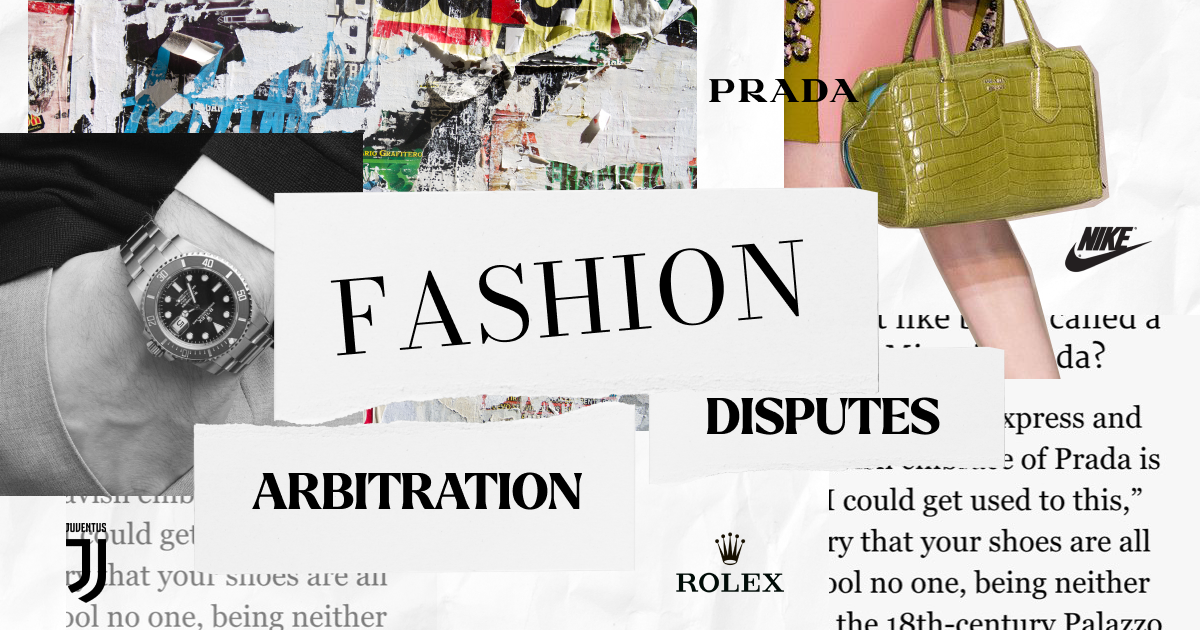 The fashion industry, like many industries, relies on cross-border transactions. These transactions are backed by contractual clauses providing for dispute resolution through international arbitration. While not many fashion brands appear before arbitral tribunals, such rare appearances can be spotted if the available cases are closely scrutinized.

At Jus Mundi, we decided to take up the challenge and examine the involvement of the top fashion & sports brands in arbitrations by looking into our comprehensive dataset of commercial arbitration awards.

Below is a presentation of three intriguing cases dealing with fashion brands with interesting details and unexpected plot twists.

In this first case, the dispute originated from a purchase agreement of 15,000 alligator hatchlings.  Yes, you read it right! Prada and Caporicci, a company specializing in alligator hatchling breeding services, agreed on the following contractual terms: 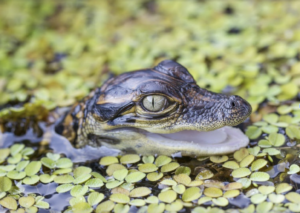 The Parties agreed in their purchase agreement that they would pay a price of USD 100 for each of the hatchlings born from the eggs procured by Caporicci, which also included a service of procurement of alligator eggs, transportation, incubation, and the care of minimum of 12 months.

What could have gone wrong? Caporicci was able to breed only 4,487 hatchlings instead of the acceptable minimum number of 12,000 agreed in the purchase agreement and refused to return the excess of prepayment of USD 1,200,000 as requested by Prada.

After 3-months of silence, Prada submitted the dispute to international arbitration under the CAM – Milan Arbitration Rules 2010, claiming breaches of the purchase agreement. Notably, Prada claimed that Caporicci had not procured all of the hatchlings per the letter of intent and had not paid back the difference between the USD 1,200,000 advanced by Prada. In defense, Caporicci opposed Prada’s claims and contested having committed any breaches of the Agreement.

The arbitration seated in Milan commenced shortly after. The central discussion evolved around the problematic clause of the purchase agreement, which provided:

“It’s understood that if the hatchlings born alive are less than 1.200 units. Caporicci shall pay back to Prada the amount paid in excess.”

The sole arbitrator, Andrew G. Paton, sided with Prada’s position, relying on the fact that the advance payment was exactly USD 1,200,000, which reflects the calculation of 12,000 at a price of US$100 each.

The tribunal noted that there was no regulation in place in the purchase agreement for the scenario when Caporicci produces less than 12,000 alligator hatchlings. Referring to the “it’s understood that” expression at the beginning of the article, the sole arbitrator found that by including the phrase the Parties “wished to agree,” that it is beyond doubt that Caporicci is required to return to Prada the excess of the advance payment.

Restoring to the rules of interpretation under Italian law, the tribunal considered the overall behavior of the Parties and identified their “effective and real” intentions pursuant to Article 1433 of the Italian Civil Code. In doing so, the tribunal concluded that:

The tribunal ordered Caporicci to return the payment between the contractual value of 12,000 hatchlings and 4,487 produced by Caporicci.  From that amount USD, 74,686  (payment of the debt) and USD 43,400 (price difference of already transferred hatchlings) should be reduced.

Turning to the costs, the tribunal ordered Caporicci to pay all arbitration costs and awarded Prada USD 50,000 as compensation for legal fees and expenses.

Today, Juventus, the record-holder Italian football team, partners with German sportswear giant, Adidas, as their exclusive sponsor. But it was not the case until 2014, when the relationship between Juventus and its former sponsor, Nike, deteriorated to result in adversarial arbitration proceedings.

The dispute arose as early as 2006 when Juventus got involved in the “Calciopoli” match-fixing scandal. As a result of the scandal, Juventus was stripped of its two winning titles, and, along with other high-profile Italian clubs, was demoted to the “Serie B.”

Even though many high-profile footballers left the club, Juventus eventually managed to return back to  “Serie A” immediately during the next, 2007-2008 season. 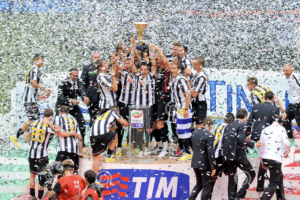 However, things escalated quickly between Nike and Juventus after the Juventus’ 28th “Scudetto” win in 2012. Juventus demanded three-star shirts – symbolizing the 30th win of the team in “Series A” – while Nike was refusing to recognize and include the two stripped titles into the calculation.

In protest, Juventus decided to appear without Nike logos on their shirts, which angered the sportswear brand that claimed a breach of the exclusive sponsorship agreement.

After unsuccessful negotiations, in 2013, Juventus announced about entering into a new sponsorship agreement with Adidas for the 2015-16 session. Nike submitted the dispute to ad hoc arbitration claiming a breach of the sponsorship agreement and asked for nearly 80 million compensation to recover its damages. In particular, Nike sought a declaration that Juventus violated confidentiality provisions by disclosing technical features of new kit before it was launched and failed to make players wear Nike jerseys during its title celebrations in 2013.  In return, Juventus submitted a € 4 million counterclaim.

Chaired by Alexis Moore, the former president of ICC, the three-member tribunal seated in Geneva rejected the counterclaim and sided with Nike to compensate the sportswear brand for the breach of the sponsorship agreement.

The tribunal considered the conduct of Juventus from 2011 onwards and found that Juventus’ breached the duty of good faith and confidentiality.  The tribunal reasoned that losses suffered were the result of the breach by Juventus while concluding that the breaches only occurred during the preceding two years. According to the tribunal, the attempt to recover base compensation and compensation for loss of brand exposure was duplicative. Nike had received most of the value expected in terms of brand exposure by that time.

For these reasons, the tribunal only awarded Nike €1.5 million – equivalent to five percent of base compensation over a two-year period and ordered Juventus to compensate the arbitration expenses in the amount of €550,000.

After 2,5 years from the purchase, to preserve its movement fluidity, Hans-Juergen Benze brought the Watch for movement servicing at the Rolex service center. Six months later, Rolex returned the  Watch with a letter refusing to service the Watch due to “a question regarding the Watch dial’s authenticity.” As if that was not enough, Rolex had placed an “”” mark on the inside of the back of the Watch, purportedly to indicate to other service centers that the Watch dial was believed by Rolex to be “inauthentic.” 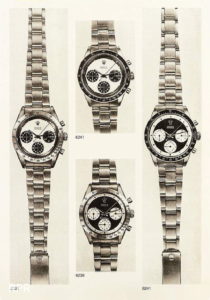 Extract from a catalog from the 1960s showing different versions of Paul Newman Daytona watches with exotic dials.

Concerned about the situation he found himself in, Hans-Juergen Benze reported the watch to be counterfeit to the auction house, asking for the full refund in the amount of USD 168,000. The auction house, Antiquorum USA, refused to refund, stating that the Watch was no longer in the original condition due to the added  “”” mark.

Unable to get compensation, Mr. Benze (Claimant) submitted the dispute to arbitration under AAA Commercial Arbitration Rules, asserting against Antiquorum USA (Respondent) a “cause of action for breach of contract/breach of the warranties contained in the Conditions of Sale, on the ground that the Watch he purchased from Respondent at the Auction is a counterfeit because its dial is allegedly not authentic.”

Among others, the Claimant submitted that the Watch was an “intentional forgery,” and the Respondent failed to disclose that the Watch contained a forged or replaced dial. The catalog relied on by the Claimant, falsely claimed that the “[Watch] dial was in perfect condition” and that “the Watch as a whole was in exceptional condition.”

In defense, the Respondent referred to the Conditions of Sale and denied all the allegations. Respondent’s  main assertions could be summarized as follows:

In an arbitration seated in New York, the sole arbitrator, Martin S. Tackel, considered expert witness reports, heard 7 testimonies, including the Claimant’s own expository oral testimony, and separated two principal issues to be dealt with:

As a result, the tribunal remained unconvinced by the Claimant’s submitted evidence (expert witness report, the Rolex official letter, and oral testimonies) and found that the Claimant “has not met the burden of proof by a preponderance of the evidence to prove a breach of any contract or any warranty, representation, or guaranty given to, Claimant.”

In doing so, the tribunal pointed out that the Rolex letter provided by the Claimant was not “adequately nor otherwise authenticated and was otherwise without foundation proper to this proceedings.”

Turning to the  expert witness testimony the Claimant relied upon, the tribunal found that it “lacked meaningful credibility, and was of limited probative value.” To substantiate the latter, the tribunal pointed out the contradictory statements made by the expert in his report and during the examination. Additionally, the cross-examination revealed that the purported statement that Mr. Faber inspected the insides of dozens of “Paul Newman” watches, in fact, appeared to be false.

Addressing the second issue, the tribunal reasoned that even if the Claimant prevailed on the inauthenticity claim, the provisions of the conditions of sale, including those of the limited warranty, would bar any recovery by the Claimant.

Turning to costs, the tribunal ordered the arbitration costs to be borne as incurred by the Parties and divided arbitrator compensation in the amount of USD 19,245 equally between the Claimant and the Respondent.

We hope you have enjoyed this series of analyses of fashion industry disputes. If you would like more articles and insights like this or to continue the conversation, we’d love to hear from you.

Jus Mundi offers a comprehensive database of full commercial arbitration awards and exclusive content from our partnerships with International Chamber of Commerce & International Bar Association with a possibility of a free trial.

Click here to learn more about our commercial arbitration coverage.