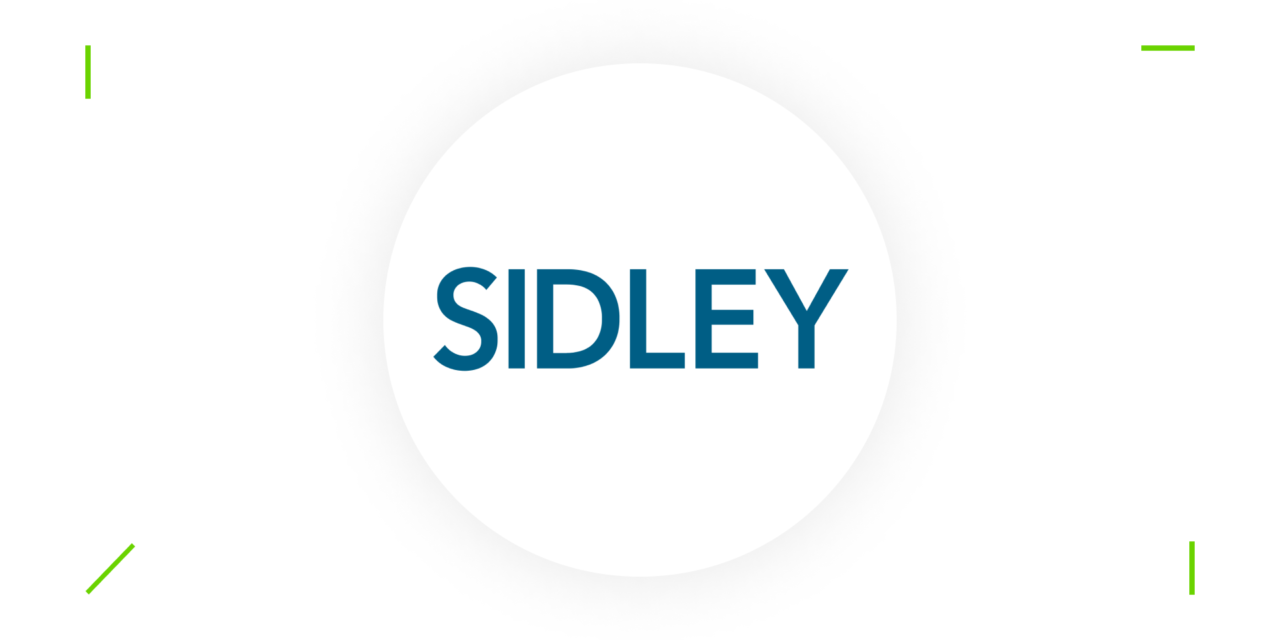 In today’s interconnected world, governments and companies face increasingly complex legal and regulatory terrain, which often generates high-stakes international disputes. They depend on a professional and experienced team to help them navigate complex rules and contracts to harness business opportunities and mitigate risk.

This month, Jus Mundi is pleased to bring light to Sidley Austin’s Global Arbitration team along with an interview with the lead partner on the case Jennifer Haworth McCandless and senior associate María Carolina Durán.

In an award dated March 12, 2021, an UNCITRAL tribunal dismissed a US$1.3 billion claim brought by Naturgy against Colombia over the government’s decision to intervene an electricity distribution company, Electricaribe, which subsequently led to the company’s liquidation.

The main issue in this arbitration refers to the scope of Colombia’s obligations under the Colombia – Spain BIT, specifically concerning the regulation of the electricity sector within its borders.

The tribunal upheld jurisdiction over the dispute and concluded on the merits that the Republic of Colombia did not breach any of its obligations under the Colombia – Spain BIT.

This latest victory demonstrates Sidley Austin’s effectiveness and tradition of excellence in handling complex investment treaty arbitrations such as the Naturgy case.  We are proud of this result, which adds to Sidley’s historical and ongoing winning streak when defending our sovereign clients.

For purposes of determining whether Colombia had violated its international obligations (including Claimants’ alleged legitimate expectations with respect to the regulatory framework), the tribunal needed to assess what Claimants knew or should have known at the time of their investment in Electricaribe.  As the tribunal found, Naturgy had performed limited due diligence, if any, and Colombia’s regulatory framework had not changed fundamentally during Naturgy’s tenure in Electricaribe. Thus, the tribunal struck a good balance in finding that, while not dispositive, Claimants’ pre-investment due diligence provided important context to analyze and decide the merits of the case.

Sidley has one of the most prominent and respected international arbitration practices in the world, with a long and successful roster of cases. Sidley has handled successfully some of the biggest and most complex cases in investment treaty arbitration, in particular.  In addition, Sidley regularly represents both types of parties in investment arbitration—governments and state-owned companies as well as multinational companies—which gives us a balanced approach when advocating on behalf of a client.  We have also represented parties in all of the main forums for such cases. The experience gained by representing both investors and governments gives Sidley’s treaty arbitration practice valuable insights and often a strategic advantage when formulating a litigation strategy.

The Naturgy case was a highly politicized and complex case for Colombia.  It involved multiple government entities, high-ranking government officials, and a company that served and impacted the livelihood of over 10 million people.  In addition, this case is the largest claim that has been brought against Colombia in an investor-State arbitration.

We worked closely together with the Agencia Nacional de Defensa Jurídica, to whom we are very grateful, as they helped us to gather all the facts, coordinate among various government agencies, and obtain the thousands of documents we needed to build Colombia’s defense. The result we obtained was the result of intense teamwork and sound legal strategy among the Agencia, Sidley’s arbitration team, and our co-counsel Stanimir A. Alexandrov.

Of course, I have had many great experiences while working at Sidley, but I think my favorite memories are of the arbitration team in those moments after we have finished a hearing on behalf of a client, and we are confident that we have done our very best.  We assess the success of a hearing based on whether we believe the client’s case is better positioned after the hearing than before it started.  When the answer is a clear “yes”, and we know we have advanced the client’s interest—that is a great feeling.

Based on my experience, I have five main tips for young practitioners: (1) work hard; (2) never stop learning and stay updated on the recent developments in the field; (3) develop your writing skills; (4) learn how to adapt quickly to changing environments; and (5) most of all, value teamwork—you will not achieve success without the help of others.

In the area of investment treaty arbitration, Sidley has one of the largest dockets of high-profile investor-State cases. Sidley represents multinational companies as claimants and sovereign governments as respondents in disputes arising under international trade agreements and investment treaties. Our International Arbitration practice regularly provides representation and advice to clients in investor-State proceedings pending before all major international arbitral institutions, including the International Centre for Settlement of Investment Disputes (ICSID) and the Permanent Court of Arbitration (PCA) at The Hague. In addition, Sidley has extensive experience handling ad hoc investor-State arbitration proceedings (i.e., non-administered cases) under the UNCITRAL Rules.

Sidley continues to represent Peru in five other ICSID cases: two ICSID claims by a US mining company and a subsidiary of a Japanese mining company after their joint venture was handed a demand for US$316 million in royalties and taxes; a dispute over the cancellation of a 40-year concession to build an airport for tourists traveling to Machu Picchu under the Argentina – Peru BIT; a US$100 million claim by a subsidiary of a Spanish construction company over delays to improve part of the Pan-American Highway renovation project; and a US$150 million third party-funded claim under the Peru-Singapore FTA concerning the electricity sector.

On the claimant side, the firm represents a Canadian technology company in a US$2 billion NAFTA claim against Mexico over a digital taximeter installation project in Mexico City; a Singaporean marine services provider pursuing a treaty claim against Mexico; Qatari sports and entertainment broadcaster beIN in a US$1 billion treaty claim against Saudi Arabia under the OIC Investment Agreement and the Austria – Saudi Arabia BIT; French utility company Veolia with a €100 million claim against Lithuania under the France – Lithuania BIT over heating and electricity services.

We selected a few victories and ongoing cases of Sidley Austin in the table below.

Marinn co-leads the firm’s Global Arbitration, Trade and Advocacy practice. She focuses her practice on international investment disputes, with an emphasis on investor-State arbitration. She represents both cross-border investors and respondent governments in ICSID and UNCITRAL arbitrations under BITs and FTAs. She counsels clients in financial services, energy, infrastructure development sectors on the implications of international trade and investment rules for their global operations.

Jennifer is an International Arbitration Partner managing complex international arbitration cases with a focus on investment treaty arbitration in the Americas. She has advised and represented private companies and sovereign clients in proceedings before ICSID, ICC, and other arbitral institutions, including ad hoc arbitrations. Jennifer has also advised and represented governments and private parties in WTO disputes. In addition, she counsels clients on the implications of investment rules for their global operations.

María Carolina Durán focuses her practice on international dispute settlement, particularly investment treaty arbitration and international commercial arbitration. She has represented governments, as well as cross-border investors, in multi-billion dollar proceedings before ICSID and under the UNCITRAL Rules. She has advised clients on disputes in sectors including infrastructure development projects, energy and mining. In addition, she has advised clients assessing potential investment claims and the implementation of BITs and FTAs. 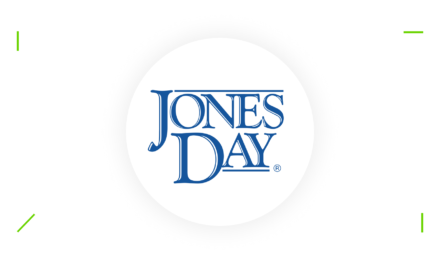 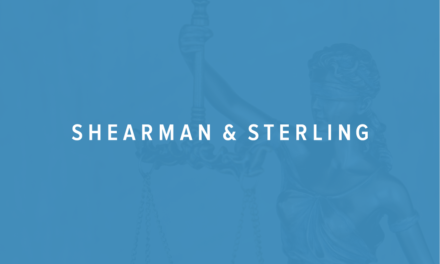 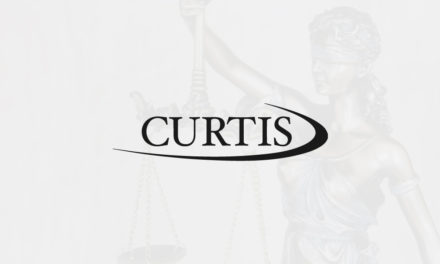 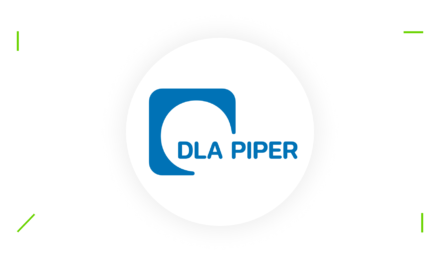