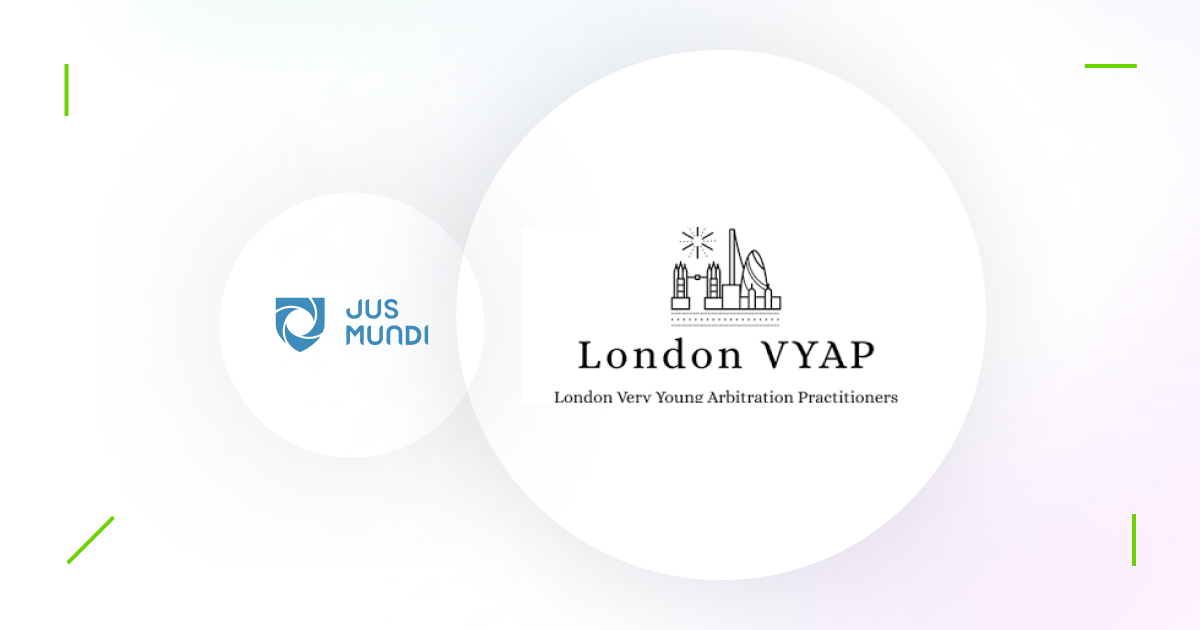 The Use Of Force Under International Law

On 24 February 2022, President Vladimir Putin announced to the Russian people and the world that he had authorised a “special military operation” against Ukraine (the “Address”). Almost simultaneously, Russian armed forces entered Ukrainian territory in significant numbers. Ukraine did not consent to Russia’s actions and has resisted the Russian forces fiercely. Fighting has caused heavy casualties on both sides, including among Ukrainian civilians.

Large sections of the international community consider Russia’s actions in Ukraine to be an illegal use of force. Abdulla Shahid, the President of the United Nations’ (the “UN”) General Assembly, said that the military offensive launched by Russia violates “the territorial integrity and sovereignty of Ukraine and [that it] is inconsistent with the Charter of the United Nations”. The UN Secretary General, António Guterres,  has acknowledged that the Russian invasion is a “violation of international law”.

Russia opposes that conclusion. However, as a starting point, it is clear that Russia’s actions constitute a use of force within the meaning of Article 2.4 of the UN Charter and customary international law. Russia has not denied this accusation, and instead has sought to justify its use of force. This article examines the justifications Russia has put forward by reference to international law. It concludes that Russia’s use of force is unlawful.

The Prohibition on the Use of Force

The UN Charter – the founding document of the UN that is binding on all 193 UN Member States including Russia and Ukraine – enshrines the prohibition of the threat or use of force. Article 2.4 provides:

“All Members shall refrain in their international relations from the threat or use of force against the territorial integrity or political independence of any state, or in any other manner inconsistent with the Purposes of the United Nations.”

Related to the prohibition of the threat or use of force is the obligation on the States to settle their disputes by peaceful means, enshrined under Article 2.3 of the UN Charter. These two principles are cornerstones of the modern system of international law. According to Kofi Annan, former Secretary-General of the UN, “[n]o principle of the Charter is more important than the principle of the non-use of force as embodied in Article 2.4”.

However, the prohibition on the use of force is not absolute. There are exceptions to the rule, some more established under international law than others. Russia seeks to justify its military operation on two principal grounds:

These will be addressed in turn.

“Nothing in the present Charter shall impair the inherent right of individual or collective self-defence if an armed attack occurs against a Member of the United Nations, until the Security Council has taken measures necessary to maintain international peace and security. Measures taken by Members in the exercise of this right of self-defence shall be immediately reported to the Security Council and shall not in any way affect the authority and responsibility of the Security Council under the present Charter to take at any time such action as it deems necessary in order to maintain or restore international peace and security.”

Russia has sought to justify its actions in Ukraine by reference to the doctrine of self-defence. President Putin referred expressly to Article 51 of the UN Charter in his Address. The same day, Russia formally reported its reliance on Article 51 to the UN Secretary-General and the UN Security Council. Before the International Court of Justice (the “ICJ”), Russia has stated that its actions on the territory of Ukraine are “based on the United Nations Charter, its Article 51 and customary international law.”

Russia invokes the right of self-defence on two grounds:

However, neither of these grounds satisfies the requirements for self-defence under international law.

First, Russia’s reliance on individual self-defence fails as there was no actual or imminent “armed attack” on Russia by Ukraine (or indeed the U.S. or NATO). By referring to an existential threat, Russia may place reliance on the concept of “pre-emptive” self-defence promulgated by President George W. Bush in 2002. However, the orthodox view of international law is that any pre-emptive use of force is incompatible with Article 51 of the UN Charter, at least absent the imminent threat of an armed attack.

Second, Russia’s reliance on collective self-defence fails because such a right only attaches to States, not non-State actors or groups. The Donetsk People’s Republic and Luhansk People’s Republic are not sovereign States under international law, as defined under the Montevideo Convention on the Rights and Duties of the States. Russia is the only UN Member State formally to have recognised their statehood, which it announced on 21 February 2022, days before its forced entry into Ukraine. A handful of other States have voiced support for Russia’s position (Syria, Nicaragua, Belarus). However, the vast majority of the international community considers Donetsk and Luhansk as part of Ukraine and as a result, the two proclaimed republics also lack the necessary recognition by other sovereign States.

In any event, given the scale of the Russian use of force throughout Ukraine in the first phase of its military operation, it is doubtful that it could be considered “necessary” and “proportional” to the objectives of self-defence Russia has asserted.

Therefore, for a number of reasons, Russia’s reliance on self-defence to justify its use of force is misplaced. In contrast, to the extent its own actions constitute a use of force, Ukraine has (subject to some contested allegations) acted in legitimate self-defence by complying with all five “criteria” mentioned above. Namely:

Russia’s Justification Based on Alleged Genocide

Russia’s second justification for its use of force is, according to President Putin’s Address, “to protect people who have been subjected to bullying and genocide by the Kiev regime for eight years”.

Ukraine strongly refutes that genocide has taken place in Ukraine. On 26 February 2022, it initiated proceedings against Russia before the ICJ under the Convention on the Prevention and Punishment of the Crime of Genocide, 1948 (the “Genocide Convention”), seeking inter alia:

Russia has not, to date, submitted any evidence in support of its allegations. Early indications suggest it does not intend to do so: it has refuted the jurisdiction of the ICJ to hear the dispute and did not appear at the oral hearing on provisional measures held on 7 March 2022.

It will be for the ICJ to determine the veracity of Russia’s allegations of genocide. However, even if Russia were able to prove its allegations, it is doubtful that they provide legal justification for its use of force in Ukraine.

The Genocide Convention does not clearly confer any authority on a State unilaterally to use force on the territory of another State to prevent genocide. Article I contains an undertaking to “prevent and punish” the crime of genocide, but there is no indication that this is intended as an exception to Article 2.4 of the UN Charter. Likewise, Article VIII permits States parties to call upon the UN to take “appropriate” action to prevent and suppress acts of genocide, but it does not permit States to take such actions unilaterally. Therefore, to the extent Russia seeks to justify its military operation in Ukraine based on the Genocide Convention, such justification appears unfounded. Russia has, in fact, already recognised as much in its submission to the ICJ regarding its jurisdiction (See, para. 13). The ICJ itself has also indicated in its Order of Provisional Measures of 16 March 2022 that it is likely to reach the same conclusion (See, para. 59).

Aside from the Genocide Convention itself, Russia’s allegation of genocide could be a veiled reference to doctrines such as humanitarian intervention, “Responsibility to Protect” or the use of force to prevent serious breaches of a jus cogens norm. Some States have historically asserted such doctrines to justify their use of force (for example, the NATO bombing of Serbia in 1999), but to date, they have not clearly been accepted as customary international law exceptions to Article 2.4 of the UN Charter. Perhaps, for this reason, Russia has not clearly articulated such doctrines in justification of its actions.

Conclusion: Russia’s Use of Force is Unlawful

Neither of the justifications put forward by Russia for military operation in Ukraine pass as exceptions to its obligation not to use force under Article 2.4 of the UN Charter. It is, accordingly, an unlawful use of force under international law, for which the Russian State will bear legal responsibility. In the words of the UN Secretary-General, António Guterres, “[t]he attack on Ukraine challenges international law and the multilateral system rooted in the UN Charter.”

Large sections of the international community, particularly Western nations, have responded by imposing heavy sanctions on Russia, its officials and their associates. However, it is less clear whether international law itself will impose any direct consequences on Russia for its actions in Ukraine.

Part 2 of this review will address the issue of whether the conflict in Ukraine has led to breaches of international humanitarian and criminal law and, if so, consider the potential legal mechanisms for holding those responsible to account. 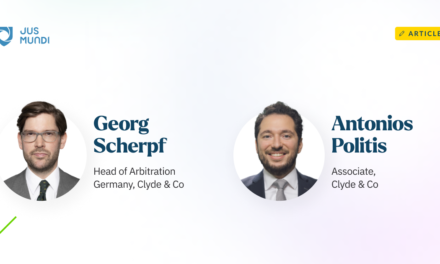 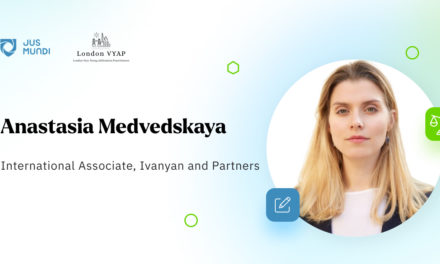 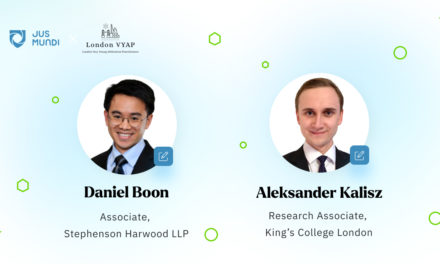