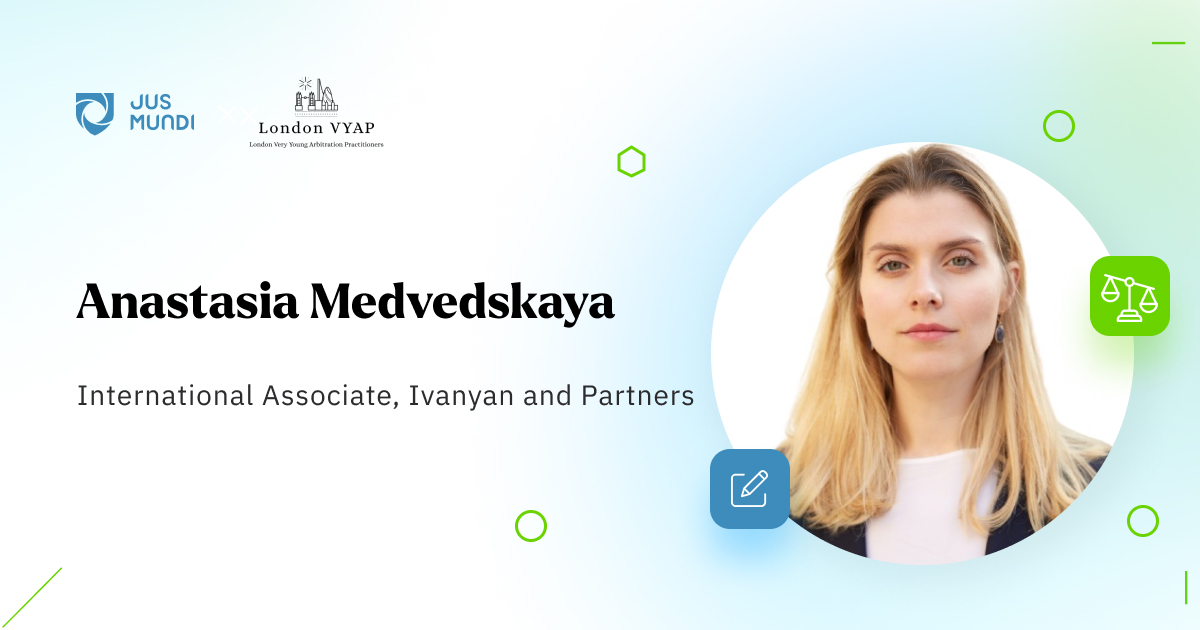 The numbers speak for themselves: London and Singapore are neck and neck in the pursuit of the title of the world’s pre-eminent seat for international arbitration disputes.

One of the most reputable arbitration surveys, prepared by White & Case and the University Queen Mary London (the “White & Case and Queen Mary Survey”), reported in 2021 that London and Singapore were both identified by the international arbitration community as the most popular seats for arbitration. Each was chosen by 54% of survey respondents when asked to list their five most preferred seats. The third place was attributed to Hong Kong – chosen by 50% of survey respondents. The figures for Paris (35%) and Geneva (13%) are markedly lower.

Preference for a seat is explained in terms of its general reputation, name recognition, and legal framework. Importantly, 55% of those surveyed in 2021 believe that Brexit will have no negative ramifications on London’s attractiveness as a favourite legal home for international arbitrations. In fact, the 2018 edition of the survey revealed that an aggregate of 9% of respondents believed that London’s attractiveness for international disputes would only increase after Brexit. There are good reasons for this trend – not only is England & Wales a reputable jurisdiction, but the English Courts are now free to depart from the Court of Justice of the European Union’s jurisprudence prohibiting the issuance of intra-EU anti-suit injunctions.

Behind the scenes: what makes an arbitration seat attractive?

The choice of the seat of arbitration is an important milestone in sound dispute resolution management. The seat is not necessarily the place where arbitral hearings take place physically. Instead, the “[s]eat of arbitration is a location (…) which consequently determines the procedural framework of the arbitration” (see the Jus Mundi Wiki Note). The procedural law of the arbitration (also referred to as the lex arbitri) operates as the curial or supervisory jurisdiction for procedural issues that either i) necessitate the intervention of a judge or ii) have not been agreed in advance by the parties in dispute. The lex arbitri addresses, amongst others, issues such as the arbitrability of the dispute, the power to grant interim measures, determination of the validity of the arbitration award or the procedure allowing the parties to challenge it.

Parties’ heightened awareness of the importance of choosing a good seat has long been acknowledged by the arbitration community. In 2015, the Chartered Institute of Arbitrators adopted the CIArb London Centenary Principles (the “London Principles”) with a view to establishing the key features of a “safe seat for the conduct of International Arbitration”. The London Principles identified the following key hallmarks:

Is Singapore the new London?

One should not simply look at the numbers – England & Wales and Singapore did not achieve the same results by following an identical approach to their dispute resolution policies. London’s dominant position is rooted in its rich and long-standing mercantile history, which in turn has given rise to the sophisticated, flexible and commercially-attuned English common law and the expertise of English legal professionals, both of which have earned the trust of commercial parties. Moreover, Section 69 of the English Arbitration Act allows for the losing party to launch an appeal against an arbitral award on a question of English law (See the Jus Mundi Blog).

The legal system of Singapore is also characterised by the doctrine of judicial precedent and is largely influenced by English common law in several key areas such as contract and tort. Court decisions from England & Wales and other Commonwealth countries are not binding in Singapore’s legal system but can be used for interpretative purposes. As a result, both jurisdictions are arguably equally attractive for the parties willing to resort to a “common law seat”.

The Singaporean approach, however, can be distinguished by the comparatively recent and deep involvement of the Singaporean government in the enterprise of establishing the country as a leading dispute resolution hub. Finance and time are invested as part of “holistic and long-term strategic thinking.” According to the CIArb Report titled Securing the UK’s position as a global disputes hub: Best practice lessons between Singapore and the UK, “[t]he growth of Singapore’s ADR sector has been closely interlinked with the liberalization of the country’s financial sector, and its subsequent emergence as an international commercial sector.” As a result of this outward-looking approach to the Singaporean economy, the Singaporean government actively promotes the international dispute resolution sector.

In fact, Singapore’s dispute resolution strategy can be traced back to the 1990s, when the government made significant efforts to modernise its procedural rules with a view to integrating ADR into its practice. The increased reliance on mediation is an important part of this approach, which is reflected in the establishment of the Singapore International Mediation Centre in 2014 and the adoption of the United Nations Convention on International Settlement Agreements Resulting from Mediation in 2019 (also referred to as the “Singapore Convention”). As highlighted by George Lim SC, Chairman, Singapore International Mediation Centre, “[r]esolving disputes in ways similar to mediation has always been a common practice in Asia (…) However, over time, adversarial methods of dispute resolution – associated with Western legal systems – became transplanted in Asia communities (…) this return to mediation marks a turning of the clock backwards (…) we are, in fact, rediscovering ourselves.”

Is there really a “battle of arbitral seats”?

Parties are free to elect the lex arbitri and are advised to choose an institution and/or a set of well-developed arbitral rules to govern the conduct of the proceedings. Within the broad framework set out by the London Principles, the parties’ choice will be influenced by a variety of factors contingent upon the nationality of the parties, the language of the proceedings, and the place of their respective economic interests. Increasingly, Singapore is perceived as a neutral option for international parties located in Eastern Europe, the Middle East, or Asia-Pacific who are looking to resolve their disputes in a geographically-convenient location. The main distinction between Singapore and London is that Singapore has significantly developed facilities and specialised institutional support for mediation.

London and Singapore’s purported “battle” for the accolade of being the world’s favourite seat of arbitration is largely an illusory one. International litigants will continue to find both hubs equally appealing, depending on their requirements. It remains to be seen whether parties wishing to resort to institutionalised mediation as part of their chosen dispute resolution regime will therefore tend towards Singapore rather than London in the coming years, given the former’s recent investment in this area. Those advanced international mediation capabilities may well give Singapore a competitive edge over London in that arena while London develops its own mediation capacities further. However, an impressive mediation offering in one seat does not of course diminish the attractiveness of another location as a seat for international arbitration proceedings. To think of Singapore and London as being locked in a closed, winner-takes-all “battle” is to over-simplify the issue.

Anastasia Medvedskaya is admitted to practise at the Paris Bar and is working as an International Associate at Ivanyan & Partners. She focuses on commercial and investor-state arbitrations as well as on state-to-state disputes. Anastasia is also the co-director of the Advanced Program in Investment Arbitration at the Paris Bar School where she teaches a lecture on damages. You can contact Anastasia at a.medvedskaya@iplf.ru. 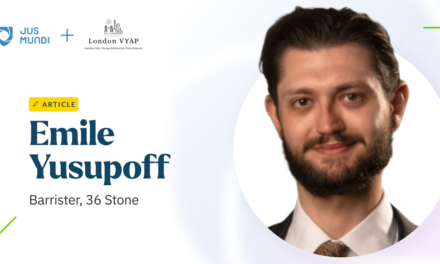 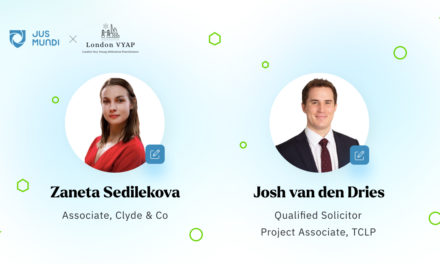 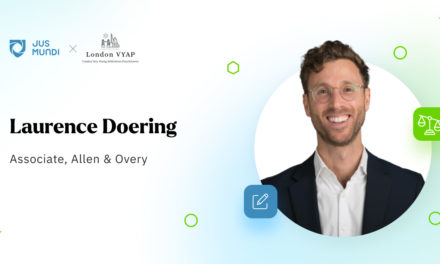 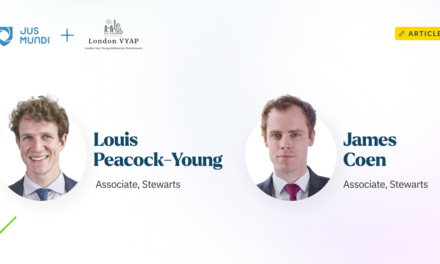