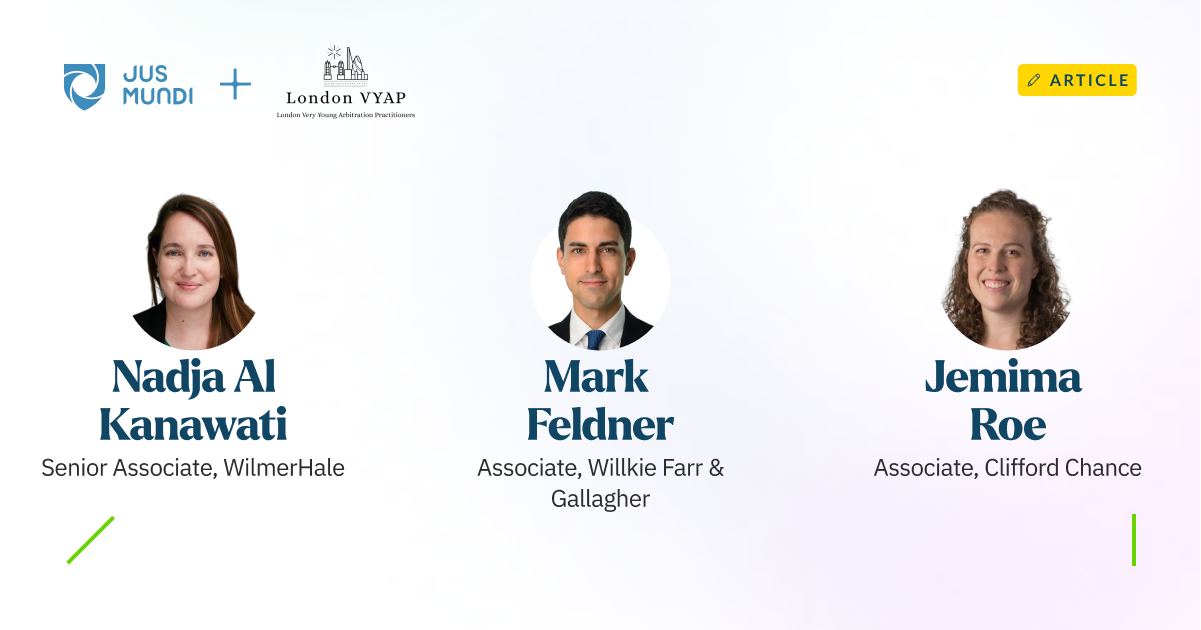 International arbitration is going from strength to strength: in recent years, several major arbitral institutions have announced record caseloads, showing that demand for arbitration has reached new heights. But while the current system is clearly popular, it is far from perfect. For this reason, London VYAP has invited the next generation of arbitration lawyers to share their views on how international arbitration could be improved.* This blog post sets out proposals for reform from three mid-level arbitration practitioners, each writing in their personal capacity.

When thinking about the future of international arbitration and the kind of reforms I would like to see, it is one word that keeps coming to mind first and foremost: diversity.

There is, of course, diversity in its obvious sense. While most everyone would probably agree that arbitral tribunals and counsel teams should be more inclusive of underrepresented groups, I hope we will see both more concrete steps to change the numbers and a broader understanding of what true diversity looks like. One of the many great aspects of international arbitration is how much agency each of us as practitioners has to influence and promote more inclusive representation. We are not dependent on a policy shift or other extraneous factors – each one of us is in a position to put diverse candidates forward when short-lists for arbitrator candidates are being put together or when staffing counsel teams. The main focus has been on gender diversity and promoting more women in international arbitration. And, while that work is close to my heart and far from done, I look forward to increasingly seeing the conversation about what constitutes true diversity encompass broader notions – be it racial, jurisdictional, educational, social or seniority level diversity.

But, I am also thinking about diversity in a different sense. I hope the future of arbitration will also bring more procedural diversity. One of the main selling points in favor of arbitration is the flexibility it affords the parties to conduct their proceedings in the way most suitable to their needs. However, in reality, we organize most proceedings according to a template schedule that is largely the same for every case. Too rarely do we stop to assess whether extensive document production, or an evidentiary hearing is actually appropriate for the case at hand. There may well be instances in which the parties and the tribunal can fully present and decide their case without one or either of those procedural steps. Conversely, there may be cases that could benefit from adding additional procedural steps, such as depositions or interrogatories.

Thus, imagining the arbitration of the future, I hope it will be more diverse in the broadest sense of the term: both closer to fulfilling the original promise of arbitration as offering tailor-made dispute resolution to suit the particular needs of each client and being inclusive of true diversity of thought and background in the composition of arbitral tribunals and counsel teams.

The chance to deliver oral submissions or cross-examination during a hearing is one of the most attractive aspects of international arbitration, especially for solicitors in jurisdictions where the profession is split. Yet, it remains relatively rare for lawyers below partner or counsel level to be given a speaking role during the proceedings. This is especially so in arbitrations involving English parties or counsel, where barristers are routinely instructed to conduct the entirety of the oral submissions.

Not only is oral advocacy a rewarding and enjoyable experience for young practitioners, but also there are important benefits for the case in allowing juniors to take the floor. The junior associates are often the closest to the detail and have a more thorough grasp of the documentary record, having usually been the ones to do the document review earlier in the proceedings. This means they may be better placed to ask the questions on a particularly technical or document-heavy portion of a cross-examination, as they may more readily be able to navigate the record on their feet to, for example, identify inconsistencies between the witness’ answers and the contemporaneous evidence. Similarly, where junior associates have been responsible for drafting the written submissions on discrete issues, those same associates are better placed to tackle the oral arguments on those topics than their senior colleagues who are less familiar with the material. Finally, it also means that the work can be divided between members of the team, which lessens the burden on senior lawyers during the busy pre-hearing period.

There are also wider benefits to a lawyer’s development when participating in oral advocacy. It goes without saying that it is an important educational opportunity that broadens the associate’s skillset and fast-tracks their learning. But also, from a team perspective, the junior lawyer gets a first-hand insight into the type of support that an advocate needs while on their feet, which enables them to provide better assistance when they are in a supporting role to a senior colleague, and better coaching and mentoring to others coming through the ranks.

International arbitration’s core tenets of flexibility of procedure, party-driven processes and confidentiality have led to the unintended side effect of lawyers’ conduct going relatively unchecked during the proceedings. While some degree of “tactics” is to be expected (and enjoyed), junior practitioners have anecdotally reported instances of this conduct crossing into personal attacks and bullying by opposing counsel in the name of advocacy. Tribunals seem reluctant to intervene in circumstances where a judge in court would not hesitate to call out an advocate for inappropriately aggressive behaviour, possibly owing to due process concerns. When it occurs, this conduct creates an unpleasant and intimidating environment and ultimately discourages junior lawyers from continuing in this profession.

There are numerous ways to address this issue. In terms of formal processes, the parties could agree on minimum standards of conduct at the outset of proceedings, perhaps by reference to the IBA International Principles on Conduct for the Legal Profession (2006) and/or IBA Guidelines on Party Representation in International Arbitration (2013) in the first procedural order. Institutions and other stakeholders could put measures in place that increase transparency around lawyers’ behaviour while maintaining the confidentiality of the proceedings. More informally, tribunals should not hesitate to intervene when they witness unprofessional and inappropriate behaviour during the proceedings, especially that targeted personally at junior practitioners. Junior lawyers should feel confident in discussing these incidents with their partners internally and senior members of counsel teams should take care to note and act upon these concerns.

Arbitration has the potential to be the swiftest and most efficient way of resolving disagreements. Freed from the shackles of one-size-fits-all court rules, disputing parties may adopt streamlined procedures that cut costs and lead to a quicker outcome. Yet too often, that promise remains unfulfilled. The habitual exchange of voluminous correspondence, lengthy submissions and rapid-fire applications can sometimes cause lawyers to lose sight of the parties’ principal aim: to resolve their substantive dispute in a cost-effective manner.

Tribunals should discourage such practices by readily issuing directions and taking a bolder, more proactive approach to case management. This may include determining discrete issues either summarily or after a preliminary hearing and emphasising the use of cost sanctions. Perhaps most importantly, the spectre of due process concerns should not frighten arbitrators into imposing default procedures that may be ill-suited to a specific dispute.

A related area of reform that warrants particular attention is document production. It is already common practice in international arbitration to limit production orders to categories of documents that are relevant and material to the outcome of the dispute. In this respect, arbitration is no doubt more pragmatic and user-friendly than the expansive discovery and disclosure regimes in U.S. and English courts. But here, too, further progress is possible.

In my experience, wide-ranging document production is rarely a client priority. Indeed, in many cases, the prospect of compulsory disclosure comes as an unwelcome surprise to disputing parties, particularly those based in civil law jurisdictions. The process of collating, reviewing, analysing, redacting and producing reams of documents often results in delays and substantial legal costs. Moreover, while the IBA Rules of Evidence (2020) (the “IBA Rules”) are frequently used to guide the document production process, arbitrators differ considerably in how they interpret concepts such as “relevance”, “materiality” and whether a production order would constitute an “unreasonable burden”. Against this background, arbitrators should be encouraged to consider taking a more restrictive approach to document production, such as by adopting the Prague Rules on the Efficient Conduct of Arbitration Proceedings (2018). In some cases, especially where parties from civil law jurisdictions are involved, default reliance on the IBA Rules may not be desirable.

Lastly, reform efforts should also focus on the ethics of witness preparation in international arbitration. Even among the leading jurisdictions for arbitration, the practice of witness coaching stands out for its strikingly different treatment by national systems. Whereas English lawyers are bound by strict rules that only allow minimal “witness familiarisation”, U.S. ethical obligations arguably require extensive witness training, even extending to mock cross-examination. In international arbitration, such a clash of professional obligations poses obvious risks to the fairness and integrity of the process. Harmonisation – for example, via a new version of the IBA Rules or a similar code of conduct – would help ensure equality of arms between the parties. At the same time, defining clear limits on permissible witness preparation could reduce legal costs and enhance the probative value of witness evidence. In the absence of soft law, tribunals could explicitly address the practice of witness coaching in an early procedural order.

Nadja Al Kanawati is a Senior Associate in the Litigation/Controversy Department at WilmerHale (London) and a regional representative of the German Arbitration Institute (DIS) Below 40 Group in London. Nadja also co-teaches a course on international commercial arbitration in the master’s program of the Université Catholique de Lille.

Jemima Roe is an Associate in the International Arbitration team at Clifford Chance (London).

Mark Feldner is an Associate and English-qualified solicitor in the International Arbitration team at Willkie Farr & Gallagher (London).

*Any views or opinions expressed in this blog post are those of the relevant author alone and do not necessarily reflect the official policy or position of any co-author, agency, organisation, employer or company. 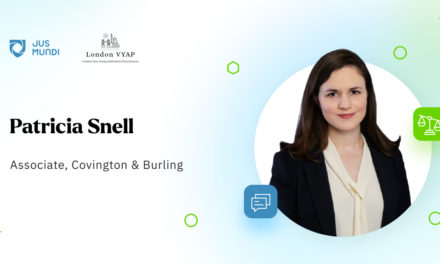 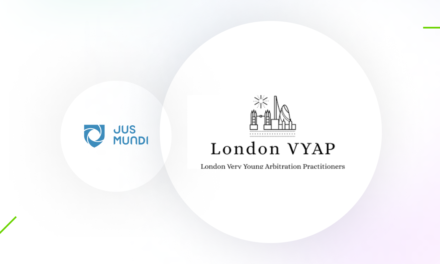 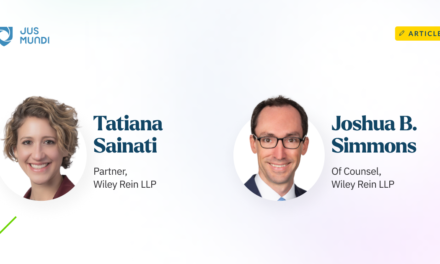